“When you can point your skis in the direction you want to go...you have

control” —“Racing teaches you to control your skis.” —“Everybody races”.

These were the phrases of Ted Johnson.

program. To know this, you have go back to the early 1980’s. Ted discovered early, that if

you want to ‘lead folks’, you need to have your ‘act together’. As a member of the

Chicago Police, at the time, Ted started racing with various police organizations through

out the country. The opportunity and necessity to ‘hone’ his skills, learn the rules of skiing,

and practice what he was preaching, was imperative. Johnson’s first race was at the second

The Sno-Gophers Ski Club of Chicago hosted the summit that year. Jim Fletcher was

President and Ted was Vice President. Johnson felt it was important that the club was

represented by a skier who could hold his/her own on the race course. The race at the

summit that year was called ‘The President’s Race’. During that race, Jim Fletcher, DQ’ed

(disqualified), so it was up to Ted to make a good showing. After that— racing, in the eyes

of Johnson — became serious. Every Sno-Gopher was encouraged to race on each trip.

It was not always about winning a medal, but practicing going through the gates, learning

about the different area courses, how to calculate handicaps, having the right equipment,

and most of all, learning by watching others. Signing up for NASTAR (National Standard

were looking for a challenge.

In the early 80’s the Sno-Gopher Carnival would hold “Fun Races”. These races were

more of an obstacle course than a ‘true race’. With that, Johnson decided the Sno-Gophers

could and should, become competitive, and be taken seriously. After attending a few NBS

Annual Midwest meetings and seeing the running of the Annual Meeting Challenge Cup,

Winter Carnival. With Coors as a sponsor, the ‘Coors Challenge Cup’ was created (later to

be called the Clydesdale Challenge Cup). It was decided that the top ten female and male

racers of the day’s race would have an opportunity to compete for this prestigious prize.

Later, to make it fair for everyone, ski professionals, ski instructors, ski patrollers and

others — the rules were changed. The winners were ineligible to participate, for two years

following. These rules were the same as other ski organizations around the country.

The Jim Dandy’s Ski Club of Detroit, followed suit. In the coming years, the Sno-Gophers

the ‘numbers’ the Sno-Gophers would bring to races. Areas would struggle, some days, to

find ‘pace-setters’ who could be competitive enough. Most Sno-Gopher racers had built up

the confidence and skills to go to any area in the country, head to the race course, ‘size-up

the prizes’ and plan to leave with the ‘loot’. While racing may have intimidated a few

skiers, there were many skiers who benefited from the drive and encouragement that our

skiing was made safer, and it made going to ‘hit the slopes’, much more rewarding.

Pam Rice, along with top racer, Michael Solomon from Detroit’s 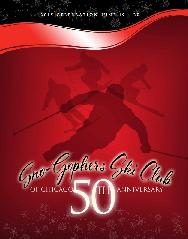 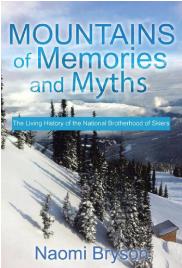 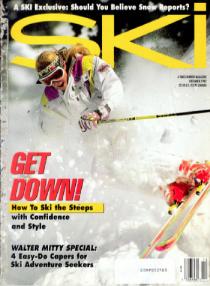 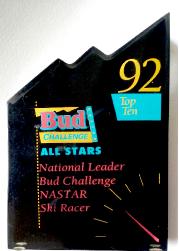 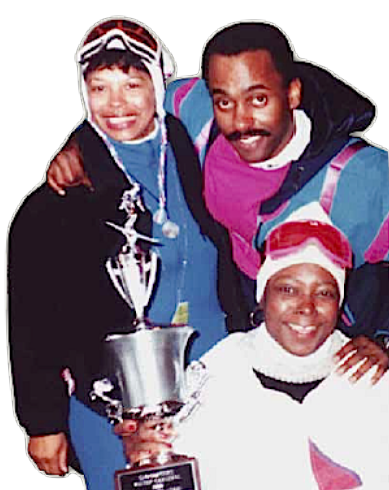